UK's new Delta variant becoming an Eclipse for the world 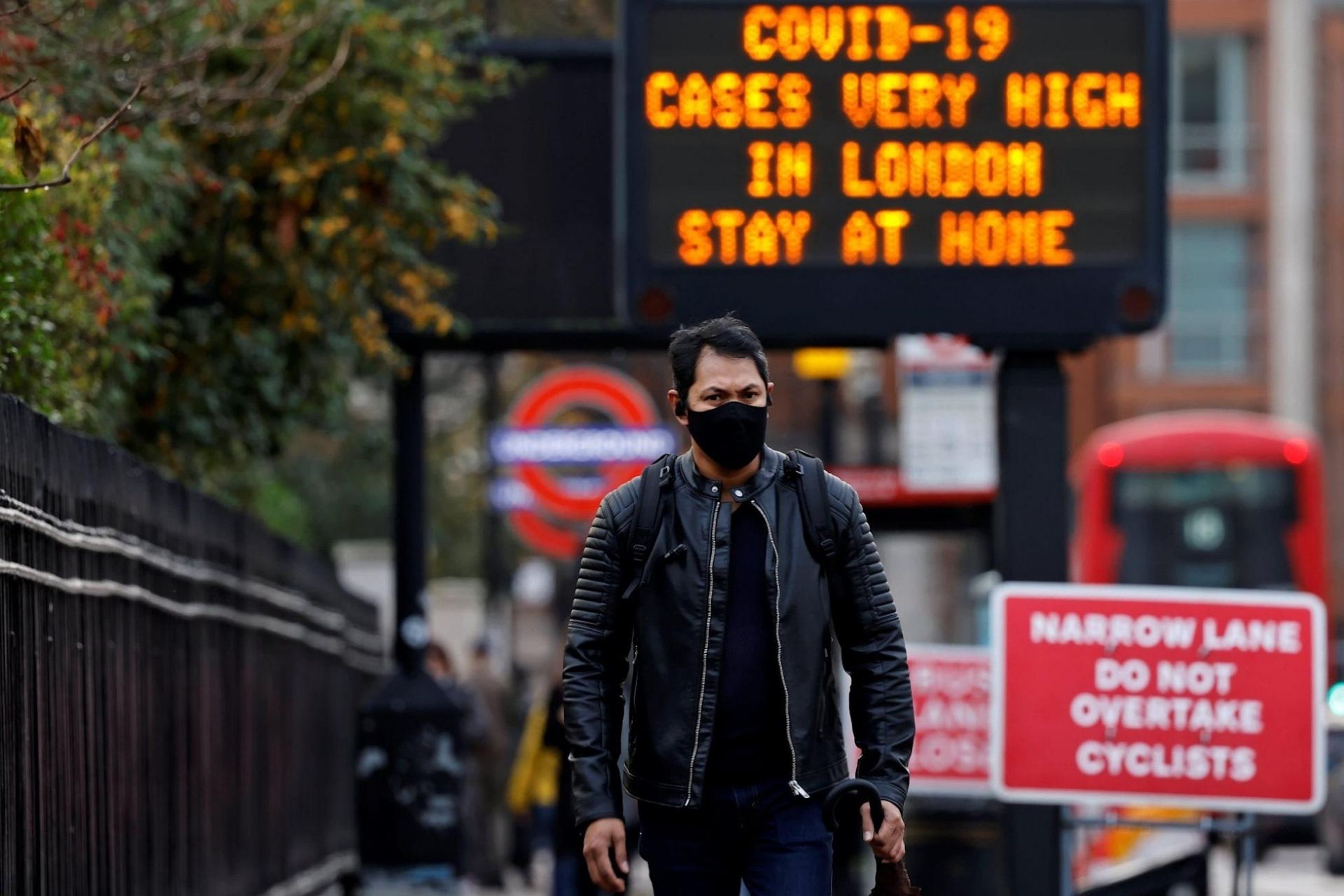 Problems for the UK doesn't seem to end as the country now faces a new turmoil from the latest Covid-19 variant. The new variant found in various parts of the country has now been designated as a major source that should be "rectified and taken under control immediately".

The new mutation of the Delta variant called AY.4.2, dubbed "Delta Plus", is now named VUI-21OCT-01 by the UK Health Security Agency (UKHSA). The new variant of the virus has been under closer scrutiny recently after evidence indicated that it spread more quickly than the dominant Delta variant.

The administration has also classed the variant as a Variant Under Investigation (VUI) amid concerns of its increased growth rate, with experts warning it is a reminder that the pandemic is not over.

Last week, the country reported 50,000 cases in a single day-most since July. Since the start of the winter season, the United Kingdom has seen an uptick in the number of cases and has seen a steady rise in the attendance of patients in numerous areas.

Seeing the rising cases, the U.K.'s health minister warned this week that, lacking fast action to curb the spread of the virus, cases could climb as high as 100,000 a day heading into the winter. Below is a look at the factors that may be contributing to the surge.

Seeing the uplifting vaccinations in the UK, Prime Minister Boris Johnson virtually lifted all of the nation's restrictions in July. Johnson, who has been a significant supporter of living alongside the pandemic, has urged Britons to "begin to learn to live with this virus."

But now, as the Prime Minister has also admitted that the level of COVID-19 cases is "high", Johnson is also "overseeing the numbers every day." However, he has insisted he is "sticking with our plan."

Meanwhile, the new variant, which is being under everyone's radar, including the Global Economies, the designation of the new variant was made on the basis that this sub-lineage has become increasingly common in the UK in recent months. There is some early evidence that it may have an increased growth rate in the UK compared to Delta.

Additionally, the official statistics also shed some light on the fact that the original Delta variant was first identified in India and later classified as Variant of Concern (VOC) in the UK. The new variant remains overwhelmingly dominant in the UK and makes up approximately 99.8 per cent of all cases.

*Note= These figures only include the deaths of people who died within 28 days of their first positive test.